custom touring in the the galapagos islands

"Forged by fire, fuelled by the ocean, fanned by the wind."  David Attenborough

In this place of wonders, evolution is proceeding at an extraordinary speed.   Millions of years ago these volcanic islands were colonized by a strange cast of characters, animals and birds, which had to dramatically adapt their bodies in order to settle in this unforgiving landscape. Every species living here has come from the continent, taken on the harsh conditions and won. Relative to its size, more unique species are found in the Galapagos Islands than anywhere else in the world. Today they are home to a remarkable collection of animals, birds and plants.

In January 2022, the President of Ecuador, Guillermo Lasso, signed an executive decree formalizing the expansion of the Galapagos Marine Reserve (GMR). President Lasso signed the order during a ribbon-cutting ceremony in Puerto Ayora. A celebratory lunch hosted by the Presidency of Ecuador and the Ministry of Environment followed aboard the Galapagos Legend, the flagship of Go Galapagos – Kleintours, anchored just off Santa Cruz Island, in the heart of the Galapagos archipelago. Marking the significance of the occasion, the ceremony was also attended by Colombian President Iván Duque, and former US president Bill Clinton, among other dignitaries.

The new decree expands the protected marine areas of the Galapagos by 60,000 square kilometers, adding to the existing reserve of 138,000 square kilometers. Establishing a maritime migratory corridor between the Galapagos and the Costa Rican Isla del Coco, the decree creates a safe swim way where important endangered migratory species, such as sharks, whales, turtles, and manta rays, can safely travel. This expansion will allow the Galapagos Islands to remain one of the most important marine reserves in the world.

The Galapagos Islands are a unique habitat with incredible biodiversity. The territory is home to over 3,000 species, of which about 600 can only be found here. This expansion will help secure one of the world’s most critical migratory ‘highways’ for marine wildlife. This means there is now,  more  than ever before, space available to protect these amazing creatures and  continue to responsibly share this pristine natural environment with visitors from all over the world.

The expanded GMR is a victory for marine conservation advocates and the species calling the territory in and around the Galapagos Islands home. It is also an important win for tour operators who promote environmentally friendly tourism to the islands. Ensuring the survival of endangered migratory species through the expanded GMR means continuing to responsibly share the magic of Galapagos Islands with visitors for years to come. 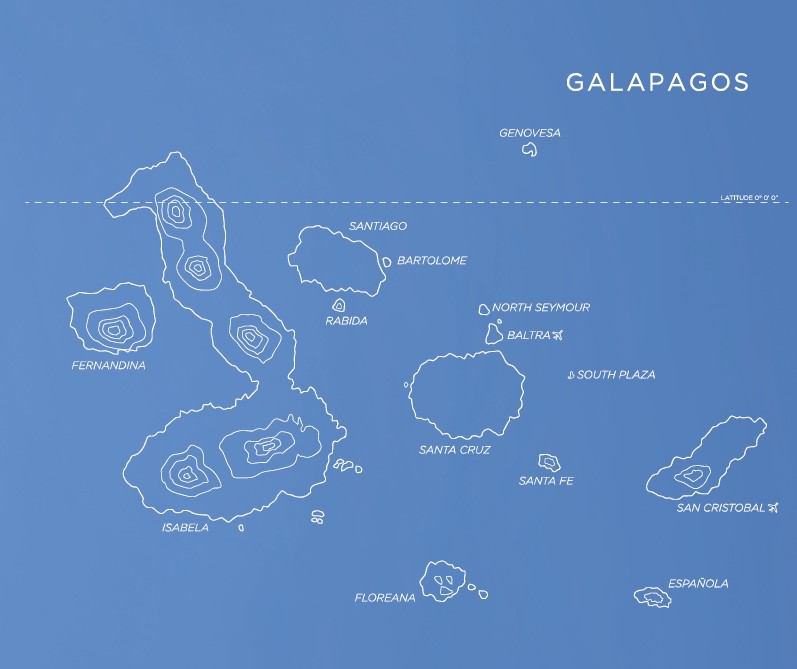 Different islands offer different experiences and as you cruise through the archipelago, the wonders of the islands are revealed, together with their amazing inhabitants with no fear of humans. Blue and red footed boobies, two species of frigate birds, swallow tailed gulls,  Nazca boobies and noddy terns are just some of the amazing birds you will encounter.  Other wildlife includes sea lions, Galapagos fur seals, marine and land iguanas, Galapagos penguins and the bright red sally lightfoot crabs. Flightless cormorants are the world’s only existing marine birds, other than penguins, that have changed from flying to diving birds.  A visit to the Charles Darwin Research Centre to learn about the giant tortoise breeding programme and to view these gentle giants is a special experience. A walk through the lush greenery of the highlands on Santa Cruz Island, contrasts sharply with the beaches, coves and arid lowlands, offering the possibility of encountering giant tortoises in the wild. For anyone interested in nature and wildlife, a Galapagos Islands cruise should be at the top of your “wish list”. 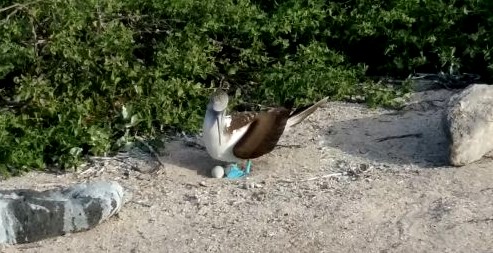 Every month in the Galapagos there are changes in climatic conditions and wildlife activity.
This schedule of what you can expect in the Galapagos will assist you with planning your trip for a season which holds the greatest interest for you.

Contact Us today to start planning your Galapagos Adventure