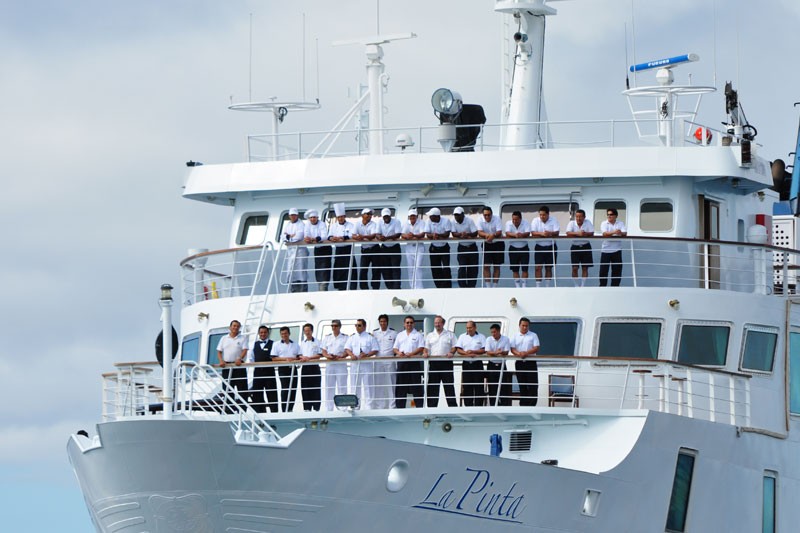 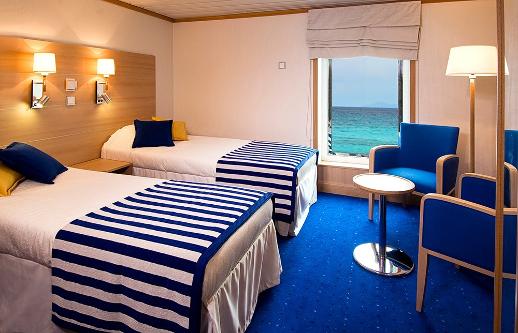 Captain and crew are delighted to have you on board for their journeys of discovery to the most beautiful islands in the Galapagos. They  will do their utmost to ensure your Galapagos experience is deeply moving and memorable.

WESTERN GALAPAGOS TOUR - 7 Days/ 6 Nights – Friday to Thursday
The Western Itinerary takes us to the true origins of the archipelago, to a world ONLY recently created by tectonic upheavals of our Earth’s crust, whose volcanic hot spot formed the islands in a blink of an eye in geological time.
Fernandina Island is regarded as one of the most pristine island environments anywhere in the world. From the west, we venture back to the Central Islands, landing at the intriguing red beach of Rabida and seeking out the land iguanas of Cerro Dragon.On Santa Cruz, we visit the Charles Darwin Research Station and get up close to giant tortoises in their natural environment. In the south, we learn about the Galapagos very own “murder mystery”, spot flamingos and snorkel at one of the best sites in the archipelago: Champion Islet. Back in the Central Islands, we head back to Baltra Island for the flight back to the mainland. You will find all corners of the Galapagos stunning, and they will delight you in different ways.

NORTHERN GALAPAGOS TOUR - 5 Days/ 4 Nights – Monday to Friday
The Northern Itinerary begins on Santa Cruz Island, the most populous of the archipelago, where we meet giant tortoises in the wild and then venture to the shores of Eden Islet. From there, we hop over to the lovely crescent bay of Chinese Hat. On Wednesday, one of the iconic sites of the archipelago awaits: Bartolomé Island, with its wooden walkway up to a panoramic viewpoint, golden sandy beach and great snorkeling opportunities. Close-by, Sullivan Bay gives us a great introduction to the volcanic origins of the islands. We end with an exciting visit to the sunken caldera of Genovesa, far up in the northeast of the archipelago, a privileged place to visit amid thousands of marine birds.

EASTERN GALAPAGOS TOUR - 5 Days/ 4 Nights – Thursday to Monday
The Eastern Itinerary begins on Baltra Island, a former military base during World War II, and now an Ecuadorian naval and air force station. Once all formalities are completed, we venture east along the volcanic shores of North Seymour and Santa Cruz Islands, until we reach the Plazas Islands. Our adventures start with a dry landing at a man-made jetty on South Plaza Island. During the next day, we will explore Santa Fe Island and San Cristobal Island, home to the provincial capital of the Galapagos province. Then, we sail south to Española Island, with its remarkable visitor site of  Punta Suarez, a favourite of many visitors: Here, we will wander along the rugged coastline, home to hundreds of marine iguanas, sea lions, marine birds, and even albatross (during much of the year). In the afternoon, Gardner Bay provides a wonderful setting for a combination of beach-time, swimming, snorkeling or exploring aboard the glass-bottom boat. We end on Monday with a visit to the world-famous Charles Darwin Research Station on Santa Cruz Island, the most populous in the archipelago.

Contact us for detailed itineraries & dates for La Pinta